Russian President Vladimir Vladimirovich Putin, in his December 4, 2014 message to the Federal Assembly entitled “About the Order to Attract Socially-Oriented NGOs to Address Social Initiatives and Societal Development,” stressed the importance of continued support for socially- oriented NGOs and the utilization of their potential, proposals and experience for the realization of social initiatives for the benefit of both government and society.

Judging from the experience of the governmental agency “Moscow Scientific-Practical Center of Narcology” and other establishments in different regions of Russia, positive results have flowed from collaboration with Narcotics Anonymous and Alcoholics Anonymous as well as with organizations that cooperate with these fellowships. The potential of these fellowships is being used in a range of social undertakings toward the prevention of addictive forms of behavior. The fellowship “Sexaholics Anonymous” is part of the world-wide twelve-step Fellowship, and assists those who struggle and are seeking a way out of sexual addiction.

In this modern age of progress, it has become possible to instantly obtain through the internet anything desired (pornographic videos, photos or sexual contacts or services). These “new opportunities” and pornographic materials affect the early sexual development of adolescents, increase the prevalence of abortions and destroyed families, and heighten the risk of sexually transmitted disease and the involvement of youth in non-traditional same-sex relationships. In the meantime, while such values as celibacy and spirituality are often deemphasized, the service of Sexaholics Anonymous is very important and urgent in today’s emerging situation.

I consider it essential to render assistance to the fellowship of Sexaholics Anonymous by providing meeting spaces for its members and by placing its information at the Moscow Scientific-Practical Center of Narcology. 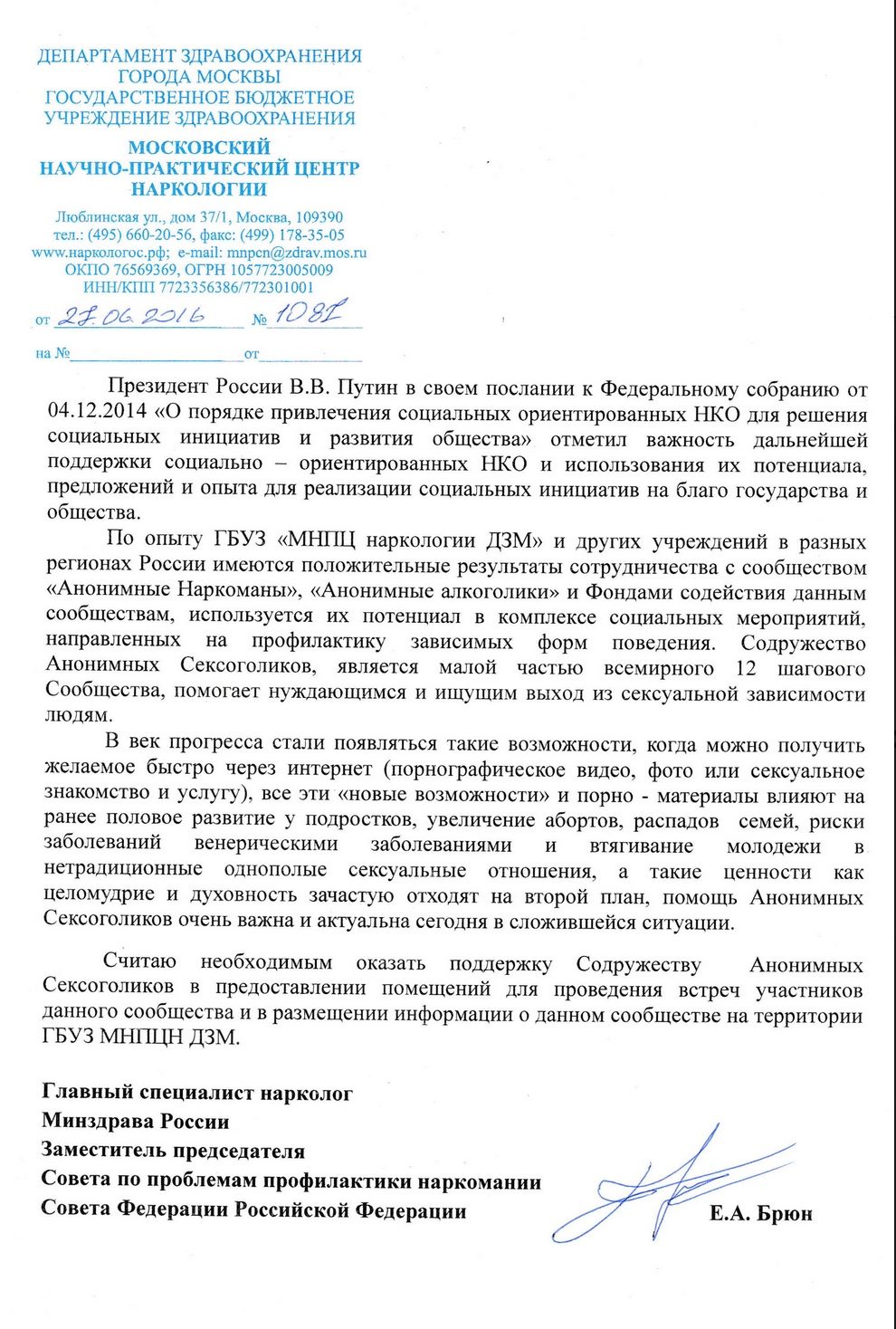 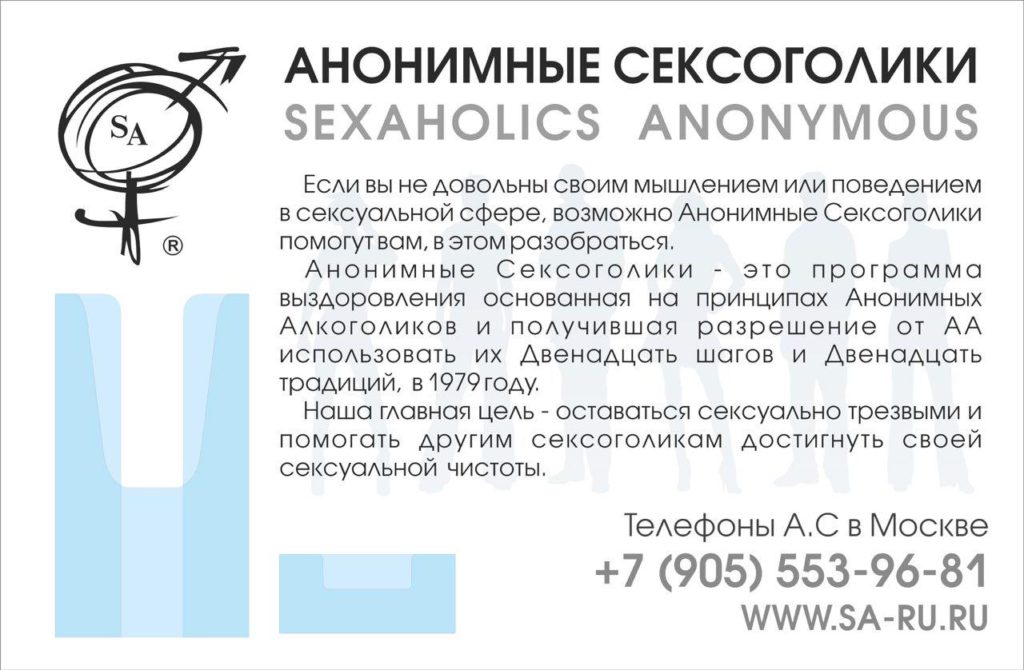